I took Thursday and Friday off so it was going to be a 5 day weekend for me. I planned to spend the whole day at the parks on Thursday and wanted Friday to rest a little. I was at the expo first thing and picked up my bib and shirts and do a tiny bit of shopping. Well, I may have done a little more shopping than I wanted but I also got some great stuff! 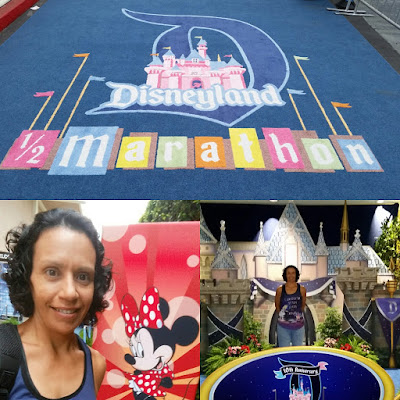 Here are the race shirts for the weekend: 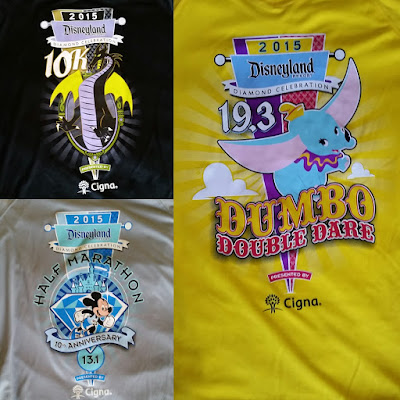 And we also got the luggage tag below. I bought the 10th Anniversary pin for my pin collection and the 10th Anniversary bag was the gift for the 10th Anniversary party. Then I scored these 2 sweet pieces of jewelry from Endure Jewelry. I saw they were in the parks doing give-aways on Wednesday and they still had some for Thursday if you mentioned "Kevin" at their booth. I did and won the 19.3 necklace. Woo! I also treated myself to the bracelet and a couple of beads. 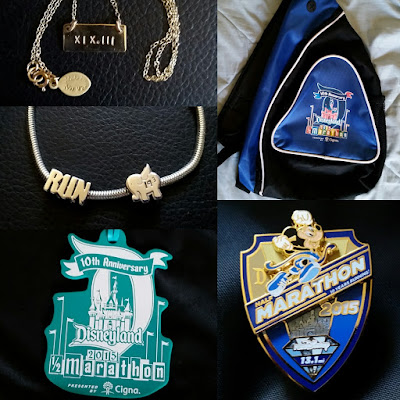 After the expo, I spent the day in both California Adventure and Disneyland, doing a little eating and hanging out with friends. 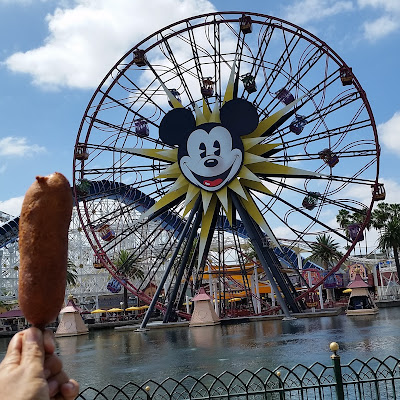 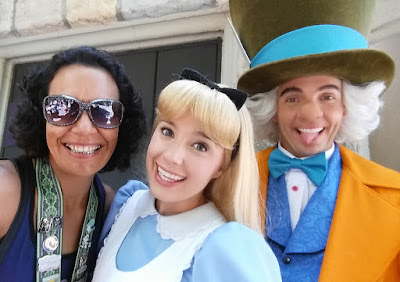 After the park closed at 9, they had a special 10th Anniversary party for the runners. We were on the west side of the park and there were rides and special characters out. I'm wearing the Chesire Cat hoodie I bought at the expo. 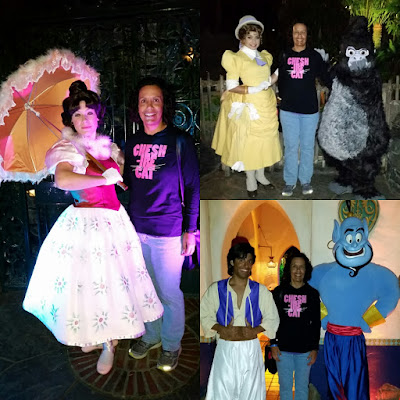 There was also a special viewing of the Paint The Night parade. It was a lot of fun but a LONG day. I didn't get home til 1 am! Friday was a rest day but I did manage to have lunch with RIF #1 Joshua and visit with his family a little. 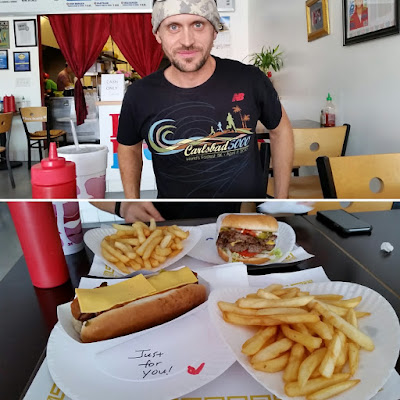 Carb loading and running talk! When I got home, I started getting packing for the weekend and getting everything ready. I had a hotel room for Saturday and Sunday so had to pack for the rest of the weekend.Then it was time to sleep because I had to get up at 2:45 for Saturday's race!

I didn't sleep very well that night. I never do before a Disney race because I'm so worried about sleeping through my alarm. But I woke up on time, got dressed and headed down to Disneyland. I made it there by 4:15 and finished getting ready. 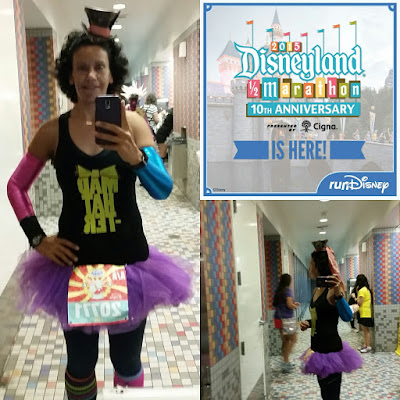 Ta da! The Mad Hatter! I was ready to have fun!

The start of runDisney races is always fun and this one was no exception. Especially because the theme for this year's 10K was Villains and they took over the race! It was so fun. 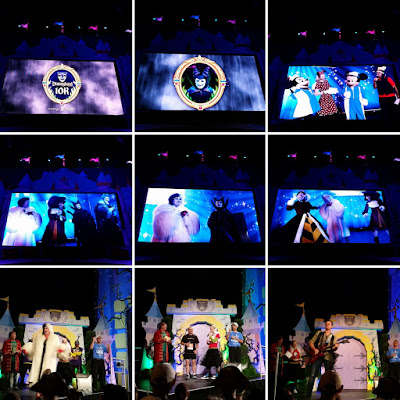 There were villains all along the course so of course, I stopped to take pics! 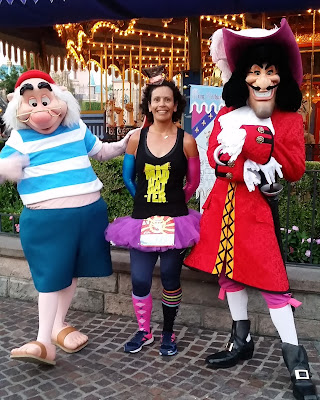 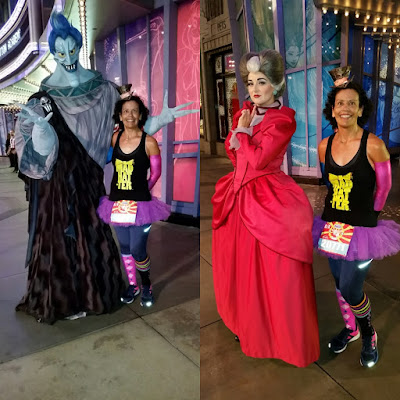 It was such a blast! Before you know it, it was over. Boo! But yeah! 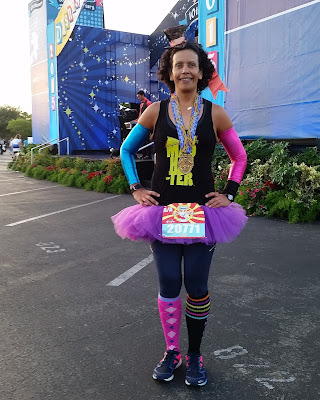 Check out my cool medal! 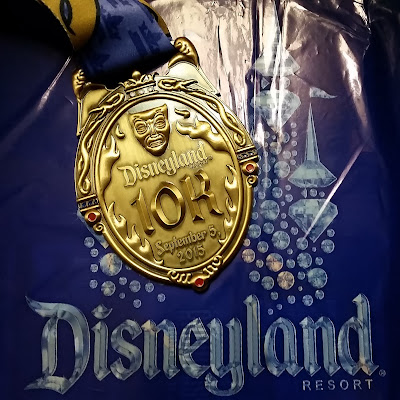 After that, I cheered a little bit and got something to eat. Then I went back to the car to clean up and change. And then it was park time! My family was meeting me at California Adventure for a day of fun! And it was a lot of fun! Probably too much fun! 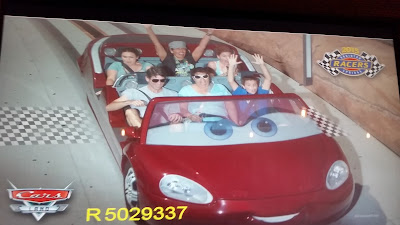 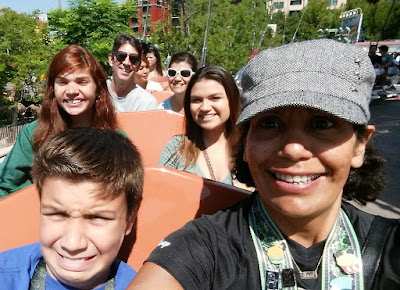 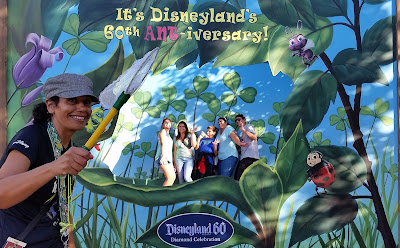 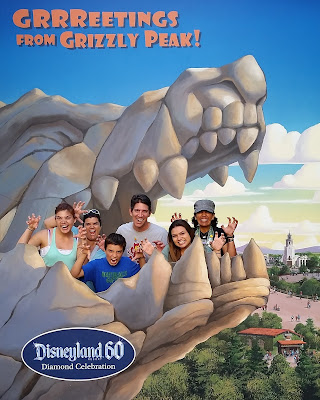 I left California Adventure about 9 to go check into the hotel and my family had a little more fun before coming over. I went to sleep about 11:15. I fell asleep right away which was a good thing since I had to set my alarm for 3:30!

Thanks for reading! Check back tomorrow for Part 2!
Posted by Lisa at 7:55 AM