My name is Lisa and I'm 47 years old and I'm a runner, cyclist, and Disneyholic. 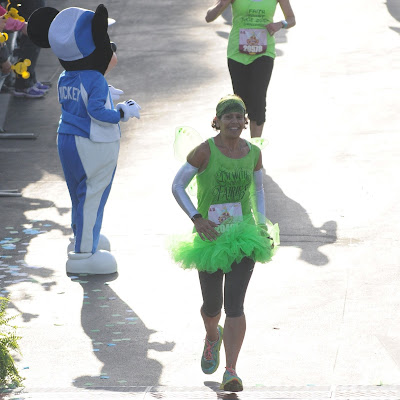 I wasn't always a runner though. On my 40th birthday, I weighed 300+ pounds. I don't know how much exactly because I was afraid to get on the scale! Anyway, my mom gave me a trip to Maui for my birthday and I cried…not happy tears but tears of frustration because I did not want to go shopping for shorts or a bathing suit. And I was too out of shape for hiking and all the other fun things to do in Hawaii. I decided that if being overweight meant I wasn’t happy with a free trip to Hawaii, I needed to make some drastic changes. I started eating healthier and walking and eventually, I started bike commuting to work. And it worked! I lost weight! This is from the Maui trip. I’m the one on the right. I think I was 280 at this point. 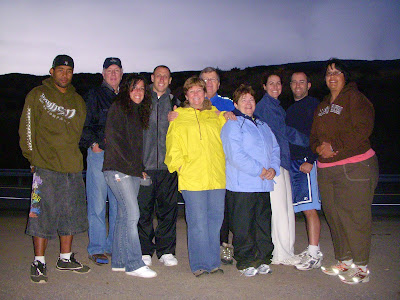 I lost weight steadily until I got down to 220 and then hit a plateau and that’s when my life changed! I decided to try running in January 2009. Boy, did I hate it in the beginning. It was so hard but it was working so I kept at. Then I ran a 3 mile trail run in May and then a 10K in November until I had worked up to a half in February 2010. I had lost 150 pounds and wanted to keep it off so I made the fateful decision to go for a full marathon – the Eugene Marathon in May 2010. It was a disaster! I had meant to only ever do one marathon but when that didn’t go as I’d imagined it would, I signed up for another one – the Mohawk Hudson in October. A funny thing happened during training for my second marathon. I fell in love with running…and became a race addict! (95 races and counting including 35 half marathons, 15 marathons, and 8 ultras).

But losing 150+ pounds isn’t even my biggest "story" or the hardest thing I’ve done. In September 2013, I found out I had Stage 1C ovarian cancer.

It all started with a mysterious lump in my stomach that I found in July 2013. I actually feel like it started earlier than that when I was running the Rock ‘N Roll San Diego Half in June. I fell during it (D’oh!) and when I got up, I remember my stomach hurt but didn’t know why. I think the fall aggravated the tumor on my ovary and it started growing. Anyway, from the time I found the lump (which felt the size of a lemon) to when I had my first ultrasound in August, it had grown to the size of a grapefruit. One month later, after an MRI, my surgeon told me it was the size of a basketball. Yep, a basketball! Crazy, right? That’s why I think the fall had something to do with it. It just grew crazy fast!

I was in the midst of a run streak when I met with the surgeon and being a crazy runner, I asked him if I could continue running. I had signed up for a bunch of marathons and halfs in the fall and hoped I wouldn’t miss any. But he told me I had to stop running and then wouldn’t be able to run for 6 weeks after the surgery. Running had been a distraction from what was going on inside me and once I didn’t have that, the scariness of the unknown was overwhelming.

My surgeon scheduled me as soon as possible and I had surgery on September 30, 2013. He said it would take about an hour to remove the tumor but if there was cancer, it would take longer because they would do a full hysterectomy and they would have to take samples of my lymph nodes too. I woke up after the surgery and immediately asked the nurse what time it was. When she said it was 12:30, I knew it was cancer.

Luckily, it was just Stage 1C and it hadn’t spread to any other organs or my lymph nodes. But the tumor had burst/leaked so I would have to have chemo. Oh, I’d also had a bonus appendectomy! Lol!

Chemo started after my recovery from Surgery in November 2013. My oncologist encouraged me to run during chemo so I started back up running as soon as I could. Not much, but about 3 or 4 days a week I would run 2-3 miles. I had to do 6 rounds of chemo and she said running would help combat the fatigue. Let me tell you, chemo is no joke. It completely and utterly sucks! Sometimes, it was all I could do to keep working. I think I only went home one day so luckily I didn’t lose my job. Running definitely helped.

I finished chemo in February 2014 and since then I have been working my way back to being a runner again. I started back with half marathons in August 2014 and my comeback marathon was the LA Marathon in March 2015. I have big plans to get my speed back and BQ. This year, I’ve set new PRs for the 5K and 10K and post cancer PRs of 2:00:14 for the half and 4:25:25 for the marathon. I hope to drop those to real PRs this fall!

I think the thing I learned most from cancer is to do what you love and not to waste time on things you don’t. I had a lot of anger and there was some depression from the cancer. I was VERY angry that the possibility of children was gone and that I was thrown into instant menopause (damn hot flashes & night sweats!). I also had a hard time with the chemo effects: chemo brain, fatigue, and the worst…losing all my hair. Having no eyebrows or eyelashes is just weird! 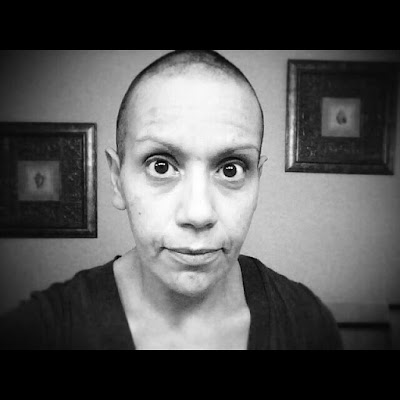 But thankfully, I was able to work past that and I am happier than I have ever been. I am having so much fun now! I feel like a kid again. In fact, I bought myself an Annual Pass to Disneyland for my birthday this year and it’s a blast! And best of all, I have hair again! Lots of hair! LOL! 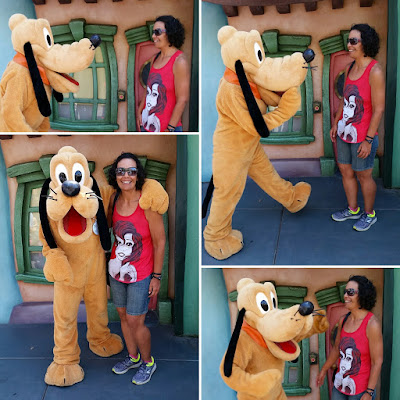 There is a quote by George Elliott that I love - "It's never too late to be what you might have been" - that drives me. I may have started running and being healthy late in life, but it's never too late to start... even if you have to start over because of cancer, it’s never too late as long as you are alive! I am so grateful I survived and I am healthier and having more fun than ever!

So that's my story of how I became a runner and how it "saved" me and helped me beat cancer. Seriously, if I can become a runner, anyone can! It's fun! So is Disneyland! Come over to the dark side!

Thanks for reading,
Lisa